The five most in-demand jobs in civil infrastructure

There’s never been a better time to start a career in infrastructure. While some industries are buckling under the economic impacts of COVID-19, infrastructure investment in New Zealand is at an historic high.

The Government has announced an investment of tens of billions into transport infrastructure over the next 10 years, and many billions more will be spent on upgrading and improving water infrastructure. Generous funding has also been made available for training, allowing people who want to get into civil construction and infrastructure career to undertake certification and apprenticeships at no cost for themselves or their employer.

We spoke with a recruitment expert Adam Gibson from RobLawMax and industry insider Kelly Baxendale, from Fulton Hogan, to get their thoughts on the top five opportunities for school leavers and people wanting to transition into the civil construction and infrastructure industry.

“Right now you have got a shortfall across the entire industry, which has been exacerbated by the amount of people who chose to return to their home countries due to COVID-19,” Mr Gibson says.

The five most in-demand jobs in civil infrastructure 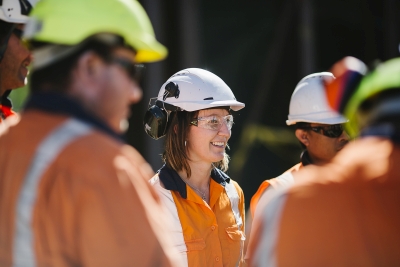 Completing all those ‘shovel ready’ infrastructure projects will require an army of new field workers. There are materials to shift, trenches to be dug, drains to be laid and a whole host of other tasks required on each and every job site.

A large roading project like Wellington’s Transmission Gully or the upcoming Te Ahu A Turanga – Manawatu Tararua Highway can require upwards of 600 people on site on any given day, while a major water project such as Auckland’s Central Interceptor wastewater tunnel can have more than 350 workers in the field. Ongoing construction and maintenance of our roading and water infrastructure also requires a big workforce. With a big residential build planned ahead, there will be no shortage of work going forward.

“Joining a company as a field worker is a great way to start mucking in and work out which direction they want their career to go in the industry,” Mr Gibson says.

“You don’t have to come into the industry and break your back working as a labourer for 20 years. You can work for a few months to gain experience before moving on to the next level in your career.”

A strong academic record is less important for field workers than a can-do attitude and not being afraid of hard work, Mr Gibson says. “Being able to relate to other people helps too, as most projects run on teamwork” 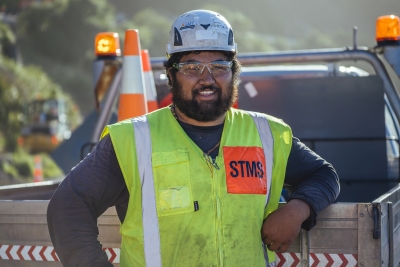 If you enjoy the outdoors and the thought of being part of some of New Zealand’s largest and most significant infrastructure projects, then a career in traffic control could be for you. These days traffic controllers are in demand, with opportunities to work on the sites of major projects around New Zealand, as well as on projects involving maintenance and upgrades.

Starting as a stop/go traffic controller on the side of the road is an easy first step that can open the door to a fascinating and specialised career.

Traffic controllers who perform well can move into the role of traffic control manager, before continuing on to become a Site Traffic Management Supervisor (STMS) or Operations Manager. These roles often involve design of traffic management plans to keep traffic flowing, the public and site workers safe, and completion of a project in an efficient way.

“We’ve got some big contracts coming up and future is fairly buoyant”, Ms Baxendale says.

“We’re going to need many more Kiwis to get involved in coming years. For us at Fulton Hogan, the ideal candidate is someone who has a good attitude, strong work ethic, is health and safety aware, and is a good team player. Nine times out of 10 it’s not the experience that matters – it’s the attitude, work ethic and ability to fit into our team culture.”

The first step towards becoming a traffic controller is completion of the one-day Level 1 Basic Traffic Controller course, which covers the standards and procedures required by NZTA Code of Practice for Temporary Traffic Management (COPTTM). Many people complete this course through their employer when beginning a job. 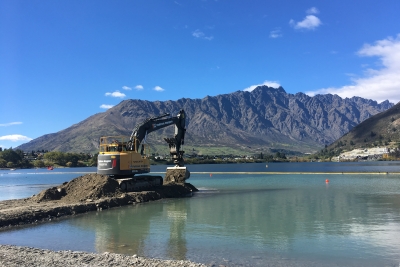 Building billions of dollars of new civil infrastructure will inevitably require a whole lot of heavy machinery, each with its own operator. Think excavators, heavy rollers, trucks and even high-tech underground mega-boring machines like ‘Alice’ – used for the Waterview Connection project, and ‘Hiwa-i-te-Rangi’, which is currently on a ship to New Zealand for use on the Central Interceptor wastewater project.

Ms Baxendale says one work area that will be in particular demand in coming years will be bitumen and asphalt operations, due to the number of new roads being built. With that in mind mill operators, grader drivers and heavy truck drivers with Class 4 or 5 licenses will be particularly hot property.

Mr Gibson agrees, adding that machine operation is one of the most exciting roles in the industry.

He says many machine operators start as field workers before training up to drive an excavator or other piece of machinery. “You might begin with a 1.5-tonne digger and then over time move to a 30-tonne digger, really helping to shape New Zealand. There’s such a variety of different machinery in our industry and in many cases it can be incredibly fun to operate.”

Machine operators are typically well paid and a fair proportion also go on to own their own businesses and employ others, Mr Gibson says.

Anybody wishing to get into the role should do their best to obtain a Class 2 license with Wheels Tracks and Rollers endorsement which allows the operator to work on public land – where new highways and roads are being built, he says. 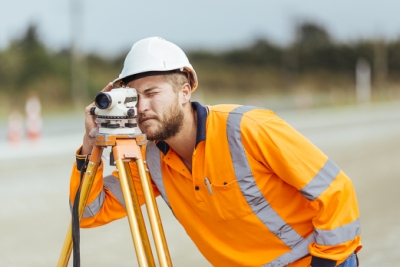 If you’re good with numbers, then the roles of estimator and surveyor are worth considering. These are the trailblazers – surveyors are out on a site before anybody else and estimators crunch the numbers to win the work.

Surveyors play a critical role in planning, directing and conducting survey work to determine the position of boundaries, locations, topographic features and built structures. They are the ones putting in the path for new roads and visiting a site first to gather key measurements for new bridges or pipelines.

Mr Gibson says being good at mathematics is important for surveyors, as is a love of being out in the field.

The role of estimator holds a different appeal, he says. They help companies to grow by accurately and competitively pricing various elements of a project to support a project tender or quote. “There’s a real thrill of the chase as you play an integral role in the company’s strategy to win a project.”

Mr Gibson says there’s good money across both roles. “You could start at $20 an hour and within five to 10 years you could be earning well over $100 an hour if you’re good at what you do.” 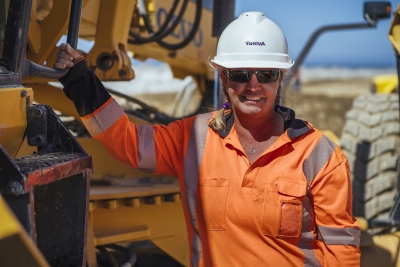 Kiwis graduating with a university engineering degree will find plenty of opportunity in civil construction and infrastructure over coming years. Civil and geotechnical engineers are in short supply, and huge numbers of new site engineers will be required to work on the many projects being started across the country.

Mr Gibson says working as an engineer within the industry provides young people with the ability to “literally shape the future and landscape of New Zealand”.

“It’s amazing how many engineers you come across that will drive over a stretch of road and proudly say ‘I had a hand in building that’.”

Where will all the workers come from?

With border restrictions still in place due to COVID-19 the vast majority of new hires will come from New Zealand. School leavers will be in hot demand, particularly those who want to try their hand at an industry that offers challenge and the chance to shape the future in a hands-on way.

Many large infrastructure companies offer internships and cadetships with few barriers to entry, while others provide graduate programmes for those who have completed tertiary training.

“The training initiatives announced by the Government for the next 2.5 years represent a great opportunity for people to get into apprenticeships at the base level” Mr Gibson says. 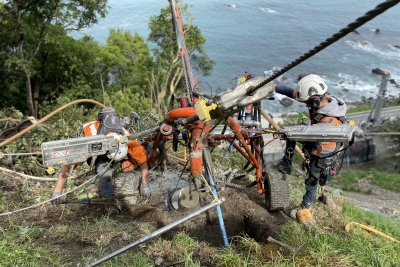 Another source of the workforce will be people from other industries that have been hit hard by the COVID-19 pandemic. One such industry is tourism, where thousands of people have suddenly found themselves displaced from their job or with severely reduced hours.

Matt Stenton, Project Director for the new Go with Tourism support service, says a move into an industry such as infrastructure can provide an opportunity for tourism workers to discover something new that could turn out to be their dream role.

For others, the industry provides “something to tide them over” until they can get back into their tourism role.

“The transferrable skills of tourism workers will make them a valuable asset to several industries in need of new talent; for example, an adventure tourism instructor could adapt extremely well to a new outdoor role, a tour guide may find great success in sales, and a flight attendant will do very well in project management.”

His message to displaced tourism workers is to put some thought into their transferrable skills, understand where they may need more training, and identify the skills they want to learn.

“This hard-working group of people definitely have the ability to stand out and we encourage employers to snap them up.”

Workers from other industries will also be looking the way of the infrastructure industry, particularly given the job security it offers in the current climate. With so much investment going in, and such a range of exciting opportunities on offer, who could blame them?

> If you are looking for a role right now, contact EPIC Recruitment Partner RobLawMax. For more information about epic roles in infrastructure, visit our ‘EPIC Opportunities’ page. 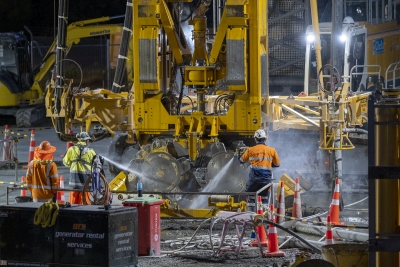