Ten epic games to give you a taste of civil construction

Sometimes you just want to be out on site, digging a hole with an excavator or lifting deck sections onto a new bridge using a crane. But if you’re still in school or haven’t yet gained the necessary skills, games can provide the taster you need to satisfy your heavy machinery craving.

This month we dug deep to unearth 10 PC, console, mobile or virtual reality games that provide a window into different aspects of infrastructure construction. Not only are they entertaining, and sometimes a little quirky, but they might just help you build up the courage to one day step out of the virtual and into a day job in New Zealand’s infrastructure industry. 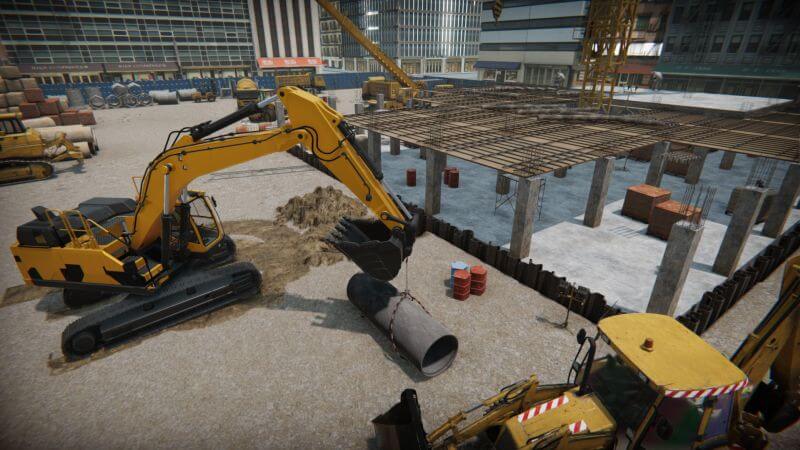 Due out in December, Excavator Simulator promises to be the most modern and hotly anticipated digger operator game in history. That’s a big claim, because there are a surprising number of excavator simulator games on the market.

Unsurprisingly, this latest arrival will put you in the cab of an excavator, challenging you to dig trenches for pipelines and other projects, load and unload trucks, use a hydraulic breaker and move a variety of objects on some truly challenging terrain and worksites.

While there’s no guarantee it will live up to its hype, the graphics shown in the pre-release video are strong. And when a game promises to let you “dig the biggest and deepest holes and fill them with material”, it’s surely setting itself up for success. 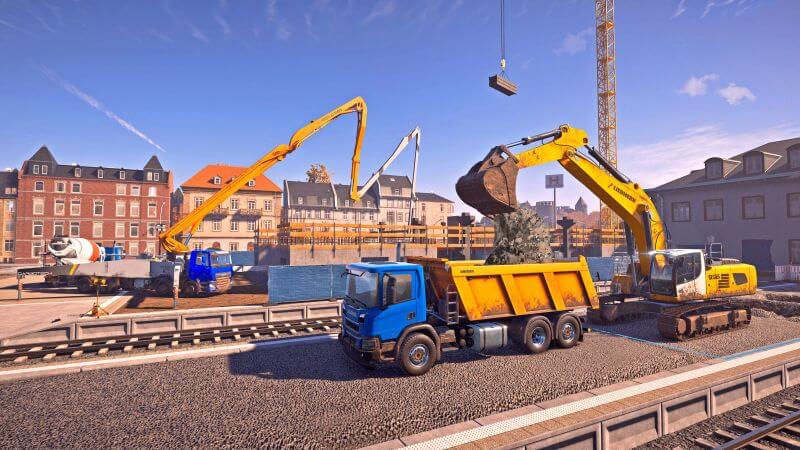 Released in September this year, Construction Simulator throws you into the hotseat as the owner of a small construction company striving to earn money and make a name for itself. Along the way you will decide on which projects to take on and control more than 70 different machines from familiar brands including Caterpillar, Still and Mack Trucks.

There are more than 90 projects to choose from across both vertical construction as well as civil construction – including road building and bridge building – allowing you to get a gamified taste of what different sites and machinery are like.

Interestingly, it also has a multiplayer option that allows you to build with friends or others from around the world. 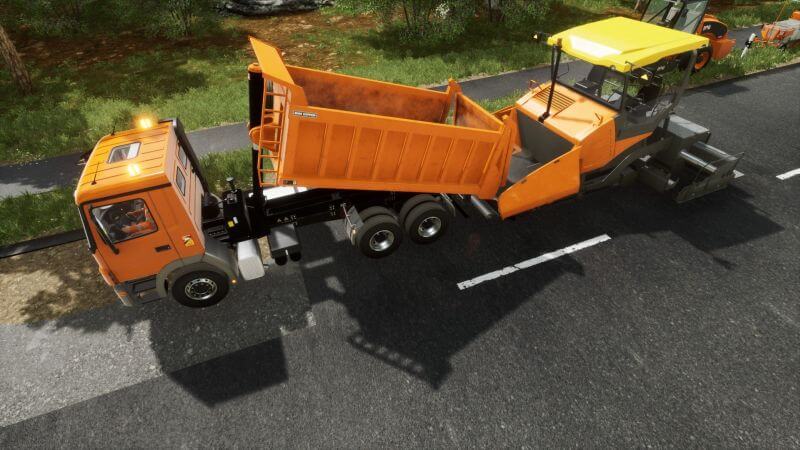 Who would have thought we would have a game solely focused on road maintenance? Road Maintenance Simulator was released earlier this year, giving keen up and coming road workers the chance to test their skills in a virtual world and gain an understanding of some of the tasks and challenges they might come up against on the job.

This sandbox-style game casts you as a worker for a German street maintenance service and challenges you to use a wide variety of tools and equipment to get the job done. There are rollers, excavators and trucks to operate, along with a range of hand tools and objects to manipulate, including motor vibrators, garbage grippers, cordless screwdrivers, wheelbarrows, signs and crash barriers.

For the truly keen, this game allows you to complete tasks in fine detail, down to lowering the tailgate on your truck, loading up individual road markers and then making sure you’ve put the tailgate up again before you drive to a job (see this gameplay video). However, if you are short on time, it does include a few shortcuts for a more fast-tracked experience.

Editor’s note: Interestingly, Road Maintenance Simulator is not the first roading sim. To the best of our knowledge, that title goes to Roadworks – an earlier simulation game released in 2014. 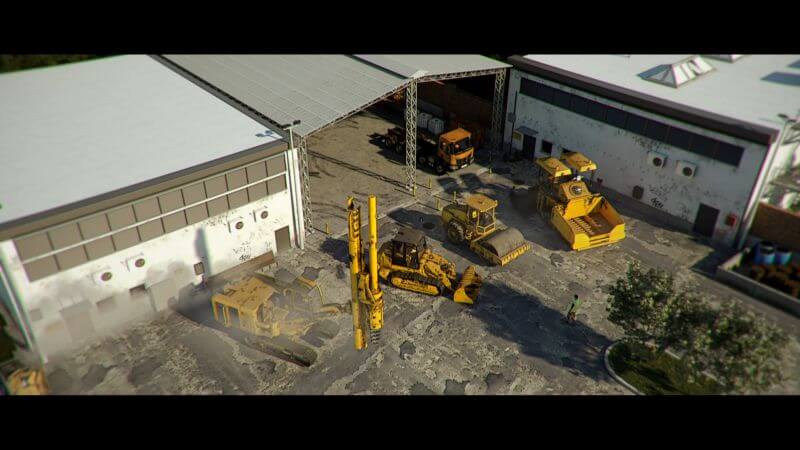 When you’re making a game as hotly anticipated as Highway Builder, it’s important to get things right. No doubt that’s why the game’s release date remains a closely guarded secret by the development team at Detalion Games S.A.

Highway Builder is an up-and-coming title promising to put you in control of a company building highways, motorways and complex and dangerous mountain roads. Players start their career by repairing local roads before building their company up and taking on orders all over the world.

Combining aspects of company management and simulation, the game will allow you to select the machines, tools and team members for each contract, before taking control of individual members of your team during the construction phase.

Judging by the teaser video, it will also throw some unusual scenarios your way, from fighting off bears in Canada to dealing with protestors on a worksite. If the teaser video is anything to go by, health and safety and ethics won’t be high on the list of job requirements in this game, so it may end up being illustrative of what NOT to do on a worksite rather than something you’ll want to follow in the real world. 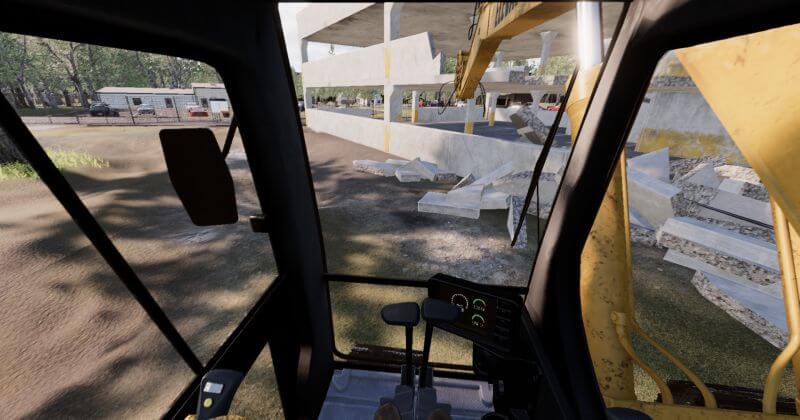 The next instalment of the the Demolish and Build series will cast you as the owner of a demolition company, taking on contracts and then completing them yourself or delegating them to workers.

It professes to be more than just a machinery simulator, with the company management side of the game involving hiring workers, buying tools and equipment, purchasing land, building your own offices and managing finances.

Demolish and Build 3 will cover vertical construction as well as civil construction, allowing players to virtually jump into the hotseat of a wide range of machinery, and to familiarise themselves with a large variety of tools. As a bonus, this game includes demolition, and we all enjoy a bit of that from time to time.

Coming to: PC, PS5 and PS5, Xbox One and Xbox Series X|S, and Nintendo Switch.

Editor’s note: There’s a free playable PC demo called Demolish and Build 3: Excavator Playground, showcasing some of the machinery and physics that will be available in the game.

Euro Truck Simulator and American Truck simulator have become incredibly popular in recent years as people discover the joys of driving big rigs through US and European cities and along iconic highways.

The Volvo Construction Equipment DLC add-on for American Truck Simulator extends the base game by giving you the chance to operate a variety of construction machines and equipment produced by Volvo. It’s a great way to get to grips with all the controls, switches and dials found in articulated-haulers, soil compactors, crawler excavators, material handling excavators and wheel loaders, among others. This DLC has received glowing reviews from many players, suggesting it does what it says on the tin. 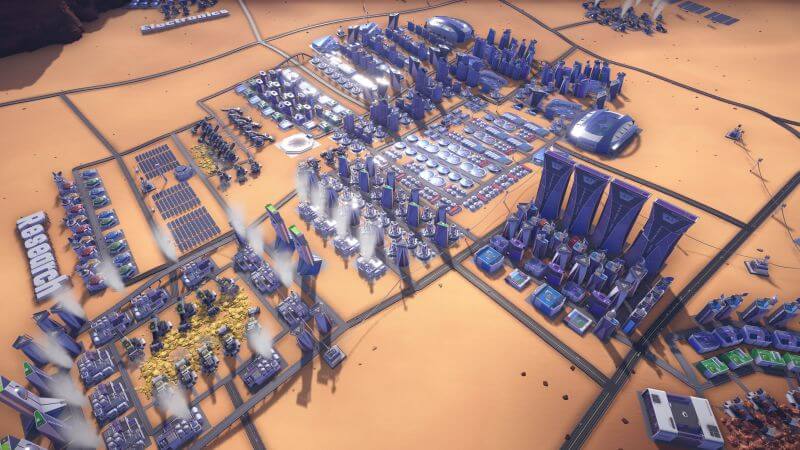 Try your hand at building an extrasolar utopia from nothing. Start mining operations, plan production, and lay down transportation routes to ensure a smooth supply chain.

InfraSpace requires strategic thinking for production and management of raw materials; it simulates every single car in the city you build, and every resource needs to be transported. You’ll need to design and build highways, roundabouts and multi-lane roads to ensure the production heart of your city keeps pumping.

Editor’s note: There’s a whole range of other city builders with a long and illustrious history. If you like the idea of InfraSpace, you might also enjoy Anno 2202 or Cities: Skylines. 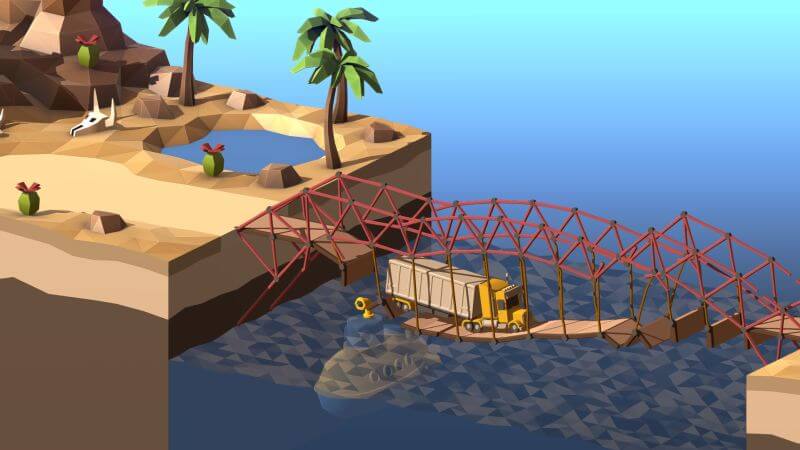 If you’ve ever fancied yourself a bridge builder, then Poly Bridge 2 might be right up your alley. This quirky game is all about designing creative bridges to get vehicles across chasms and other tricky obstacles.

While it’s firmly in the light-hearted fun camp and doesn’t profess to be a true-to-life simulation, it does teach some foundational structural engineering skills and will get you thinking outside the box. It also has ‘Overwhelmingly Positive’ reviews on Steam, suggesting it has provided challenge and amusement for many happy players. 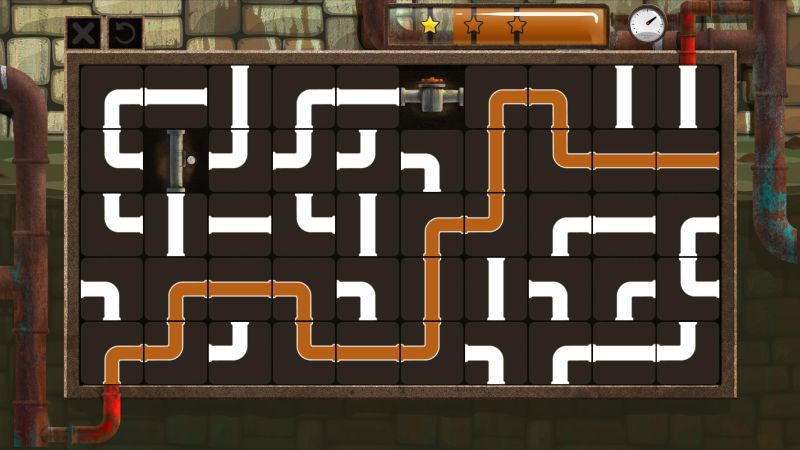 It’s fair to say the number of games exploring underground infrastructure is rather limited. We scanned the field and settled on Pipes! – a “pipe puzzler” that challenges you to connect the pipes to get the water flowing from A to B.

Very much a casual game, and one based on a simple idea, it has received ‘Mostly Positive’ reviews on Steam since its 2017 release. 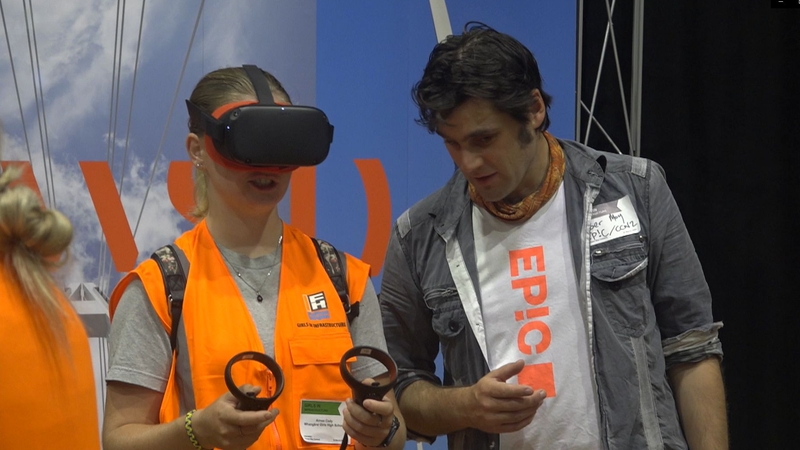 This article wouldn’t be complete without a mention of New Zealand’s very own virtual civil construction experience. Skills for Industry VR lets you don a virtual reality headset and test your skills at tasks such as driving a dump truck, operating a digger or managing traffic on a work site.

Developed by the Ministry of Social Development and a range of industry partners including Civil Contractors New Zealand, the game has now been played by thousands of career seekers across the country at school events and EPIC careers hubs.

If you’re keen on working in the industry, you can try it at an upcoming EPIC Careers event.